Yves Capdeboscq (University of Oxford), laureate of the 2013 Junior Chair of the FSMP and welcomed at the LJLL, will organize a 20-hour course and a symposium during his stay in Paris.

The course of Yves Capdeboscq will propose during his Junior Chair stay is entitled Hybrid inverse problems. It will take place in one of the adjoining room of the Collège de France (3 rue d’Ulm, Paris 5e) from 9 to 11 am on:

Click here to watch the videos of the lectures.

Inverse Problems and Imaging : the symposium

2:45 p.m. The strengths and weaknesses of the optoacoustic method: is combining light and sound always beneficial ?, by Daniel Razanski (Technische Universität München)

2:15 p.m .   Identification of a Robin coefficient for a simplified model of the respiratory tract, by Muriel Boulakia (LJLL) 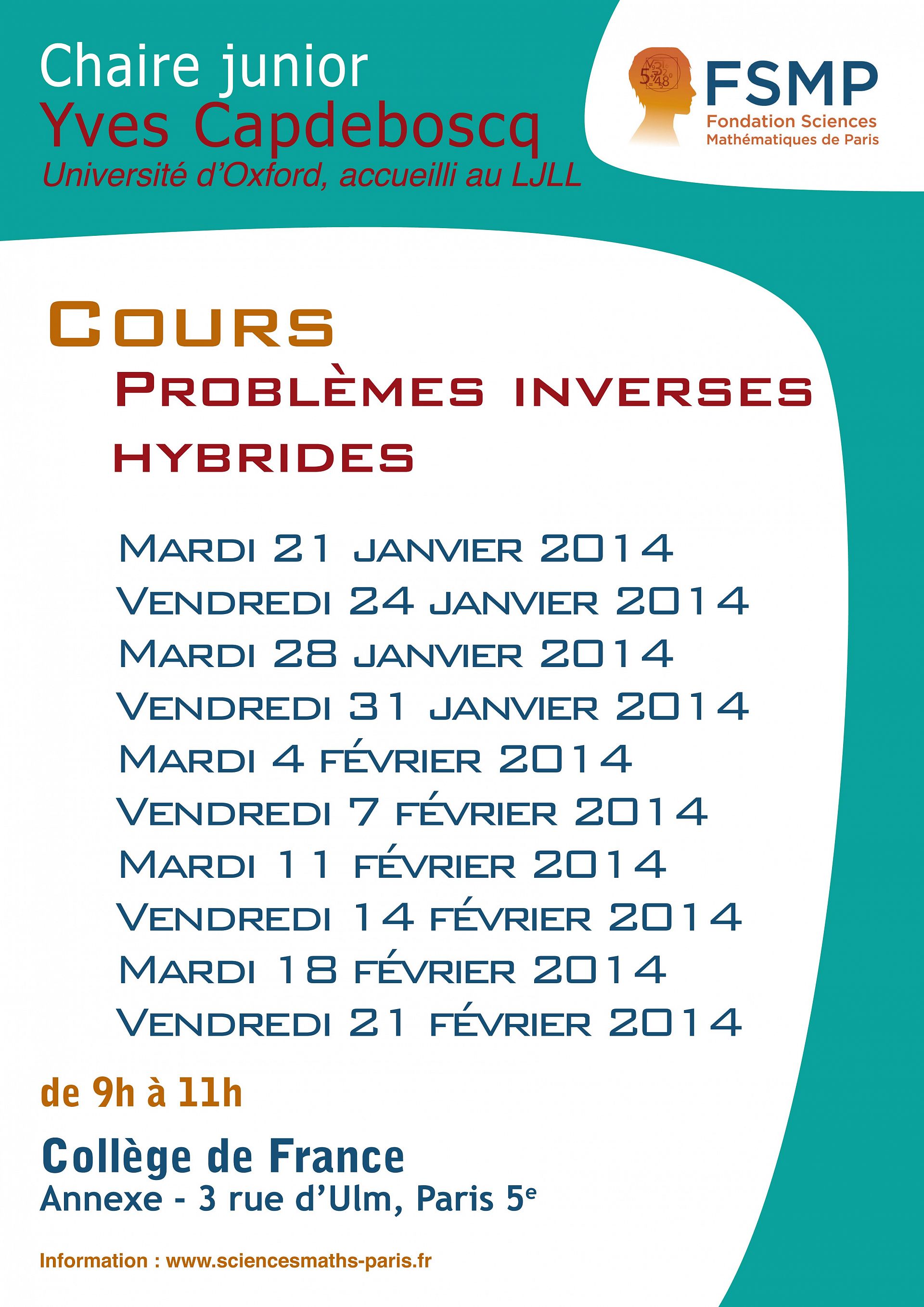