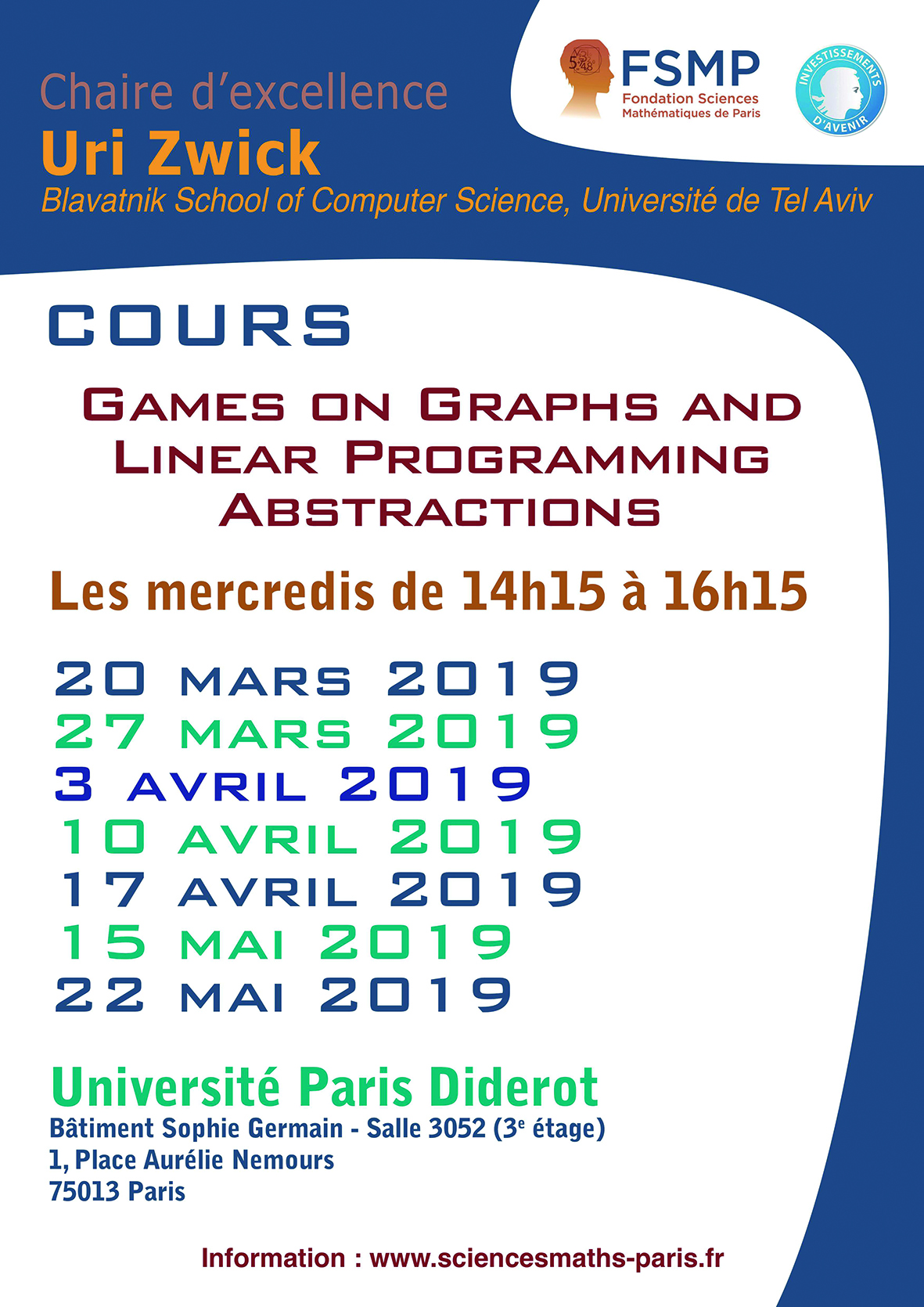 Séance 2 : Mean Payoff games and Energy Games
In this talk we consider non-stochastic versions of the games introduced in the first lecture, namely Mean Payoff Games (MPGs) and Energy Games (EGs). We show reductions between these two games. We then describe a pseudo-polynomial time algorithm of Brim et al. for EGs, and hence also MPGs.

Séance 3 : Randomized sub-exponential time algorithm
In this talk we present an elegant randomized algorithm that solves all the games we consider in \emph{sub-exponential} time. This is currently the fastest known algorithm for TBSGs, and also for MPGs and EGs, when there is no restriction on the edge costs. The algorithm is an adaptation of a randomized algorithms of Kalai and Matousek, Sharir and Welzl for solving linear programs. We also mention relations to abstractions of Linear Programming abstractions.

Séance 4 : Parity Games
In this lecture we consider Parity Games (PGs), a very special case of MPGs, with many relations to automata on infinite words and to automatic verification. In a recent breakthrough Calude et al. recently obtained a quasi-polynomial time algorithm for solving PGs. We will describe one of the existing variants of their algorithm.

Séance 5 : Acyclic Unique Sink Orientations (AUSOs)
In this lecture we consider Acyclic Unique Sink Orientations (AUSOs) an abstraction related to linear programming that also captures the games we are interested in. We present algorithms for finding the sink of an AUSOs, which directly translate to algorithms for solving games.